nRF24L01+ was the most excellent in cost performance.

The next photo is 2 nRF24L01+ which were used for range test. The interface is 6P connector. 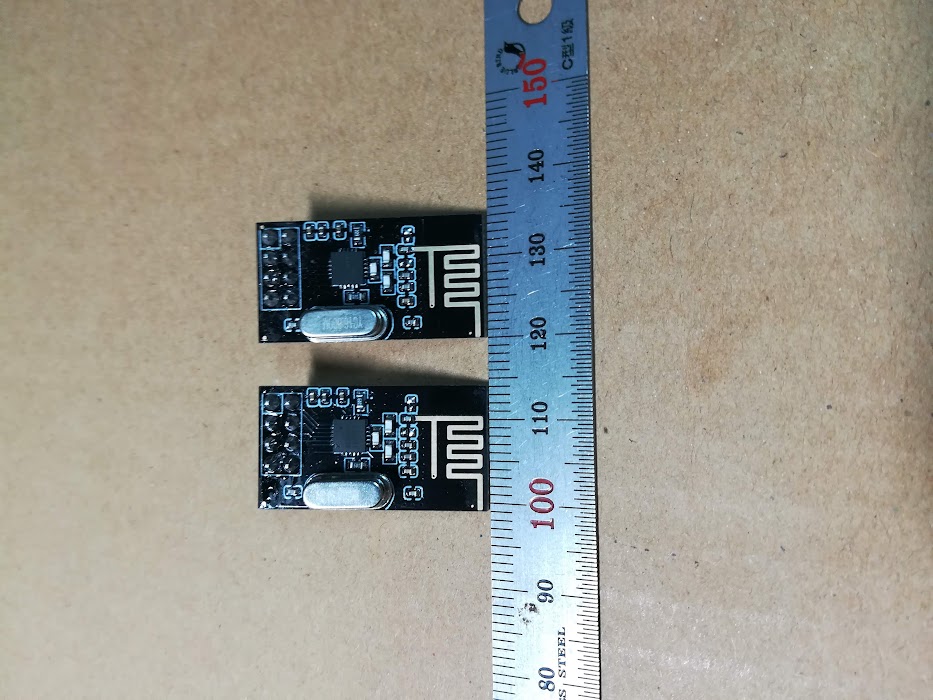 Enoki assembled nRF24L01+ and Arduino pro mini on the universal board that was used for XBees, as shown in Photo2. 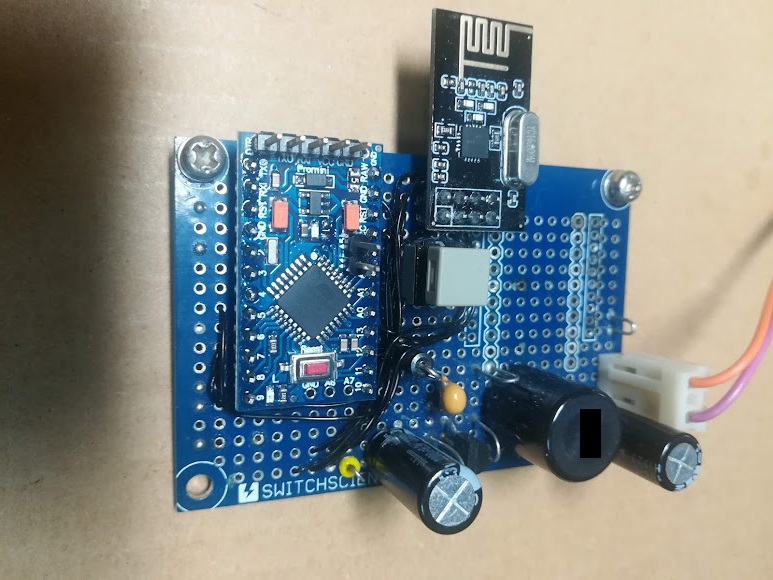 Enoki did simple range test twice. The retried result was drawn in a sheet on 2020-07-15 as shown in Photo3. 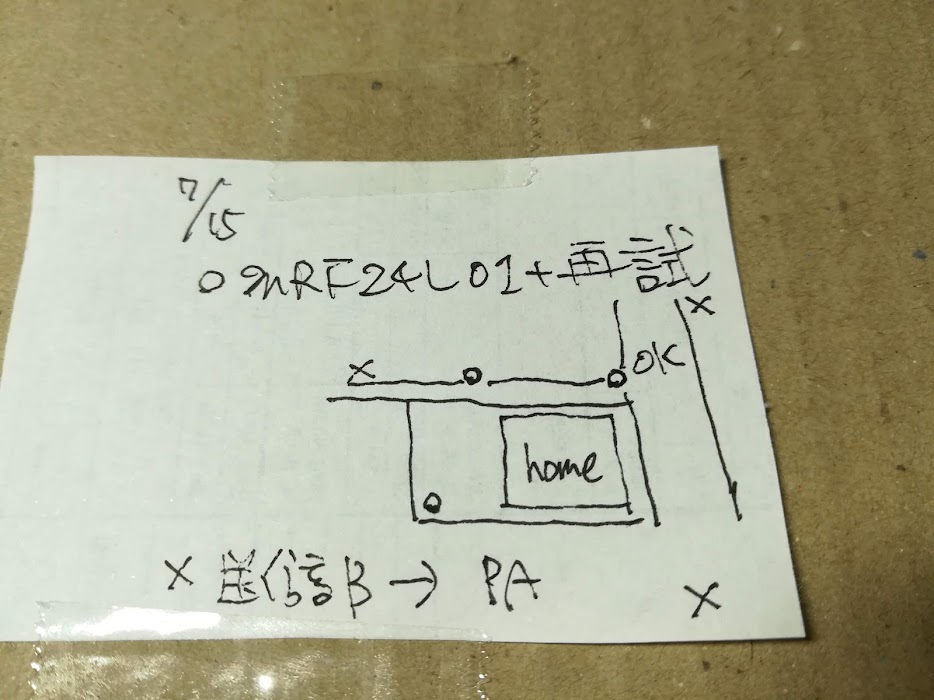 nRF24L01+ range is shorter a little than TWE and XBee,

while it could receive at the corner of north east direction where both of TWE and XBee failed.

Signal decreased because the transmitter was located in the south and west direction, Enoki thinks.

AliExpress sells nRF24L01+ with power amplifier and low noise amplifier.[1][2] Enoki assembled them on the universal boards as shown in Photo4. 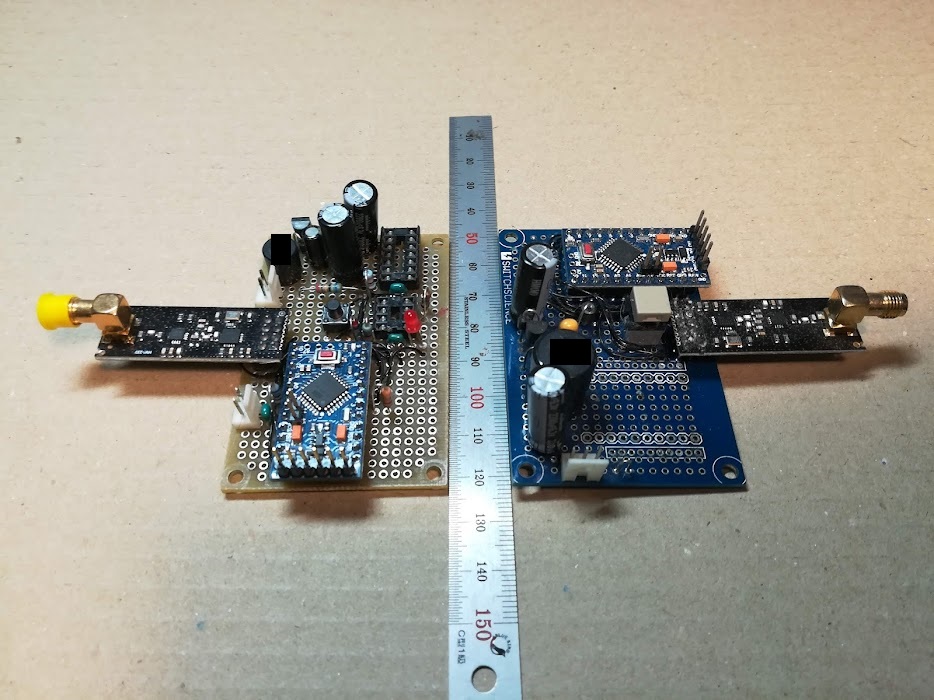 The range test result was not good.

Programming
XBee and TWE open their library to program. But it is difficult for beginners to modify their libraries by Python. While Arduino has a lot of libraries and the language is C.

Cost
TWE is not sold at Amazon US or AliExpress. And the price is very expensive even at Amazon.co.jp. XBee is also expensive.