Enoki has been used DSO almost 30 years. Enoki bought Tektronix TDS310 at first and TDS2002 has broken down. Some Chinese DSO are very cheap. Should Enoki repair TDS2002, or buy a new one?

When the defected lines are not a lot, Enoki could observe waves if scrolling the wave horizontally.

Enoki has usually used DSO as DMM. The scale and time division value are displayed in the left bottom. The information were hardly visible in July 2020 as shown in Photo4 and Photo5.

More than 2/3 area in the left became black as shown Photo6 in September 2020 at last.

Would the TDS2002 br repaired replacing the LCD? 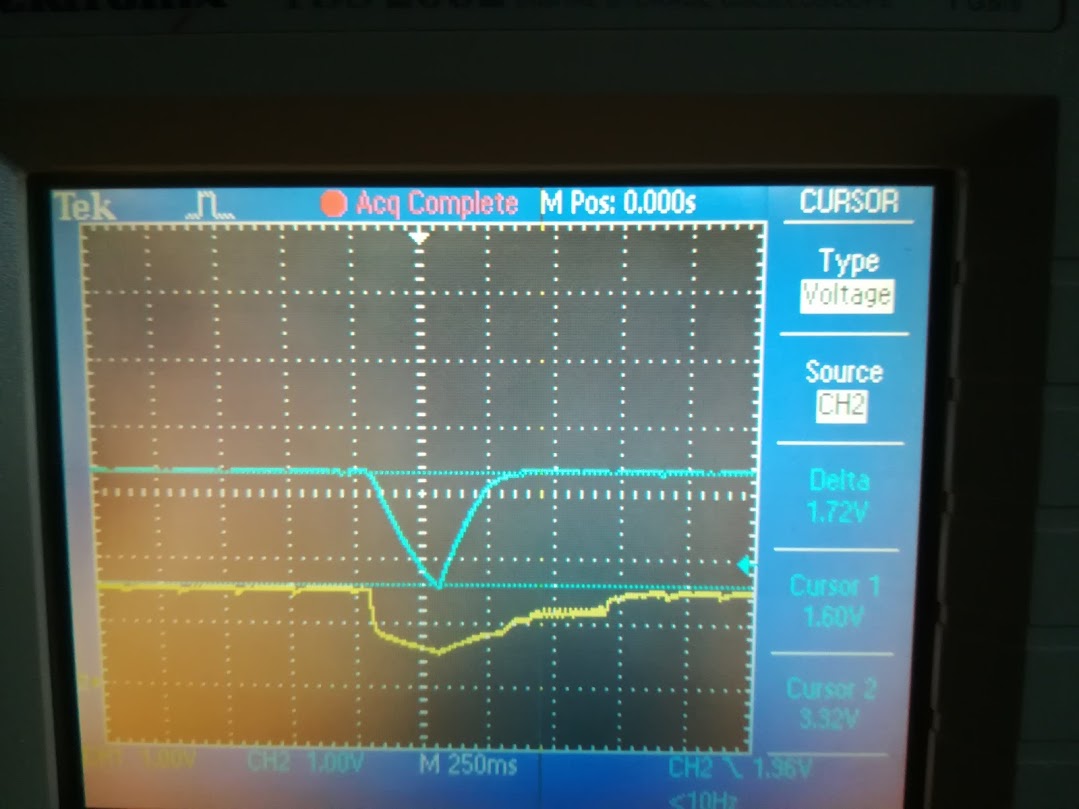 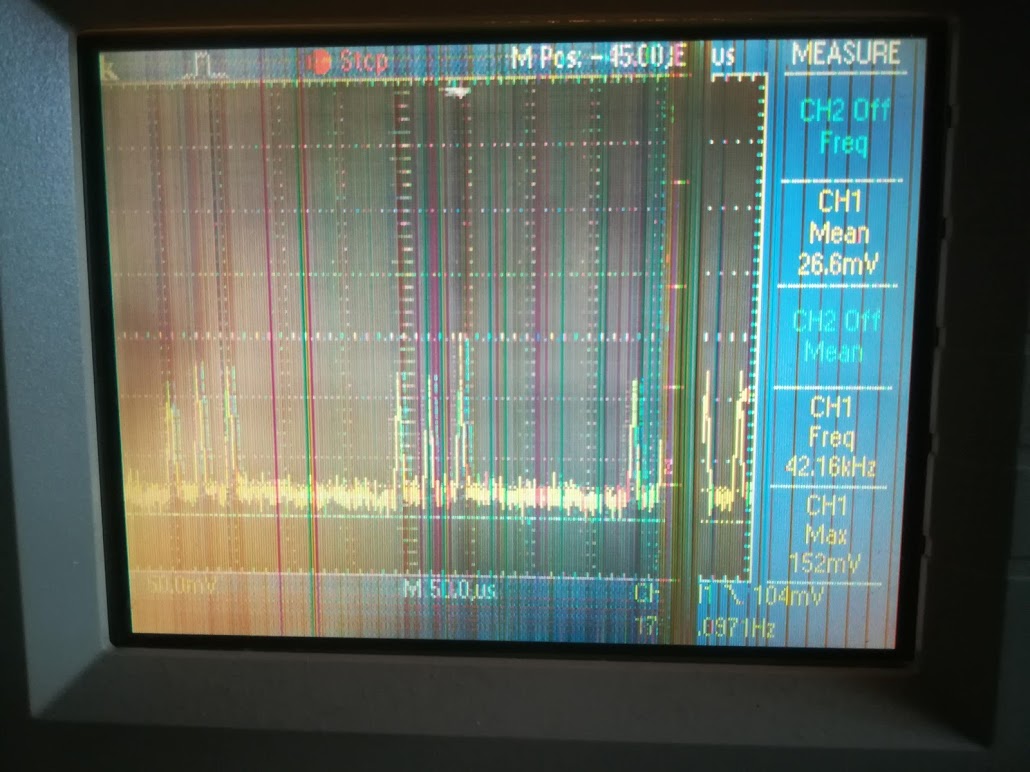 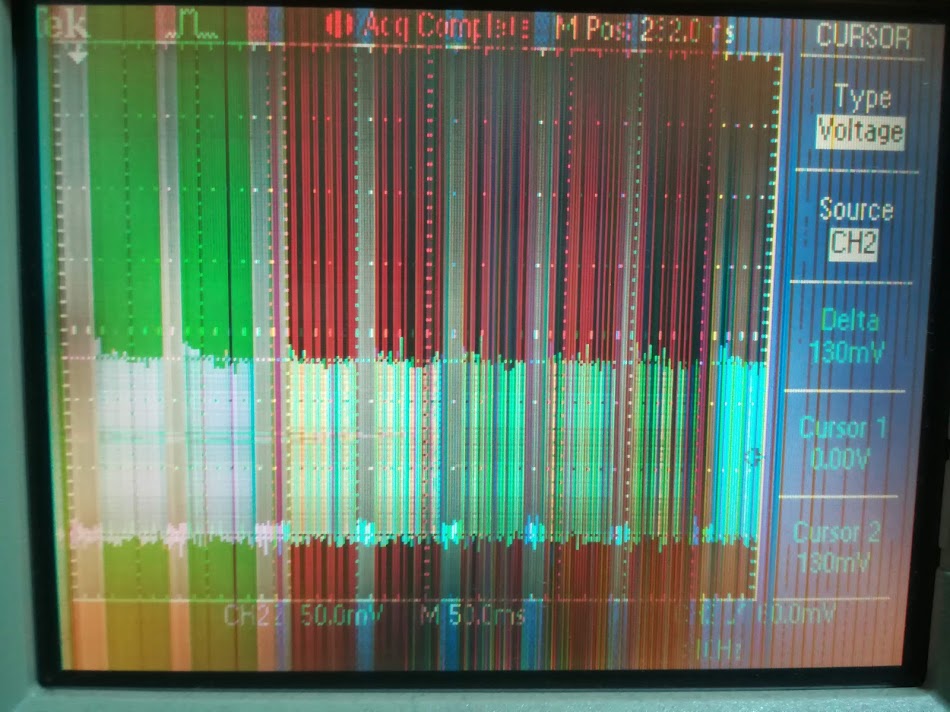 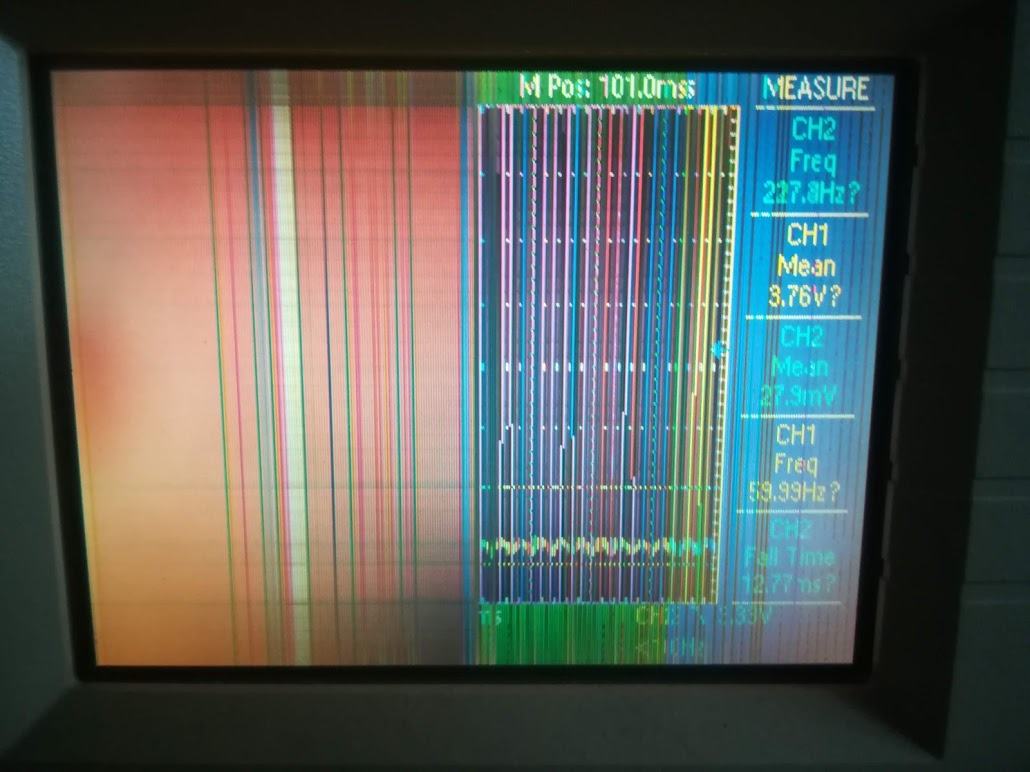 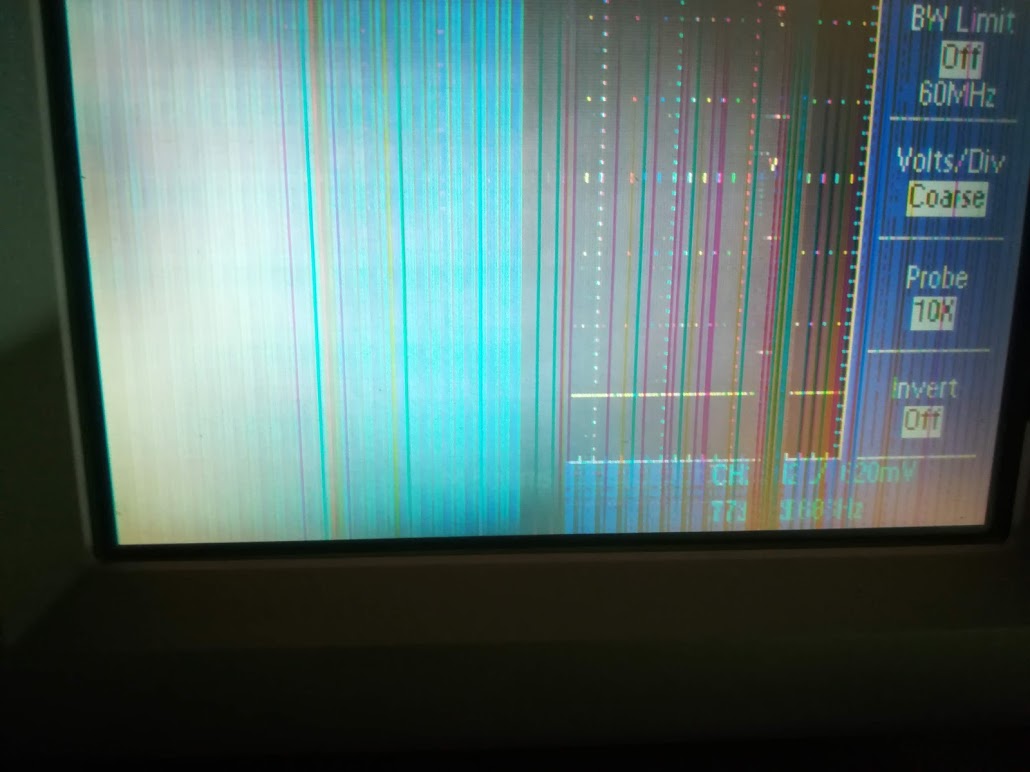 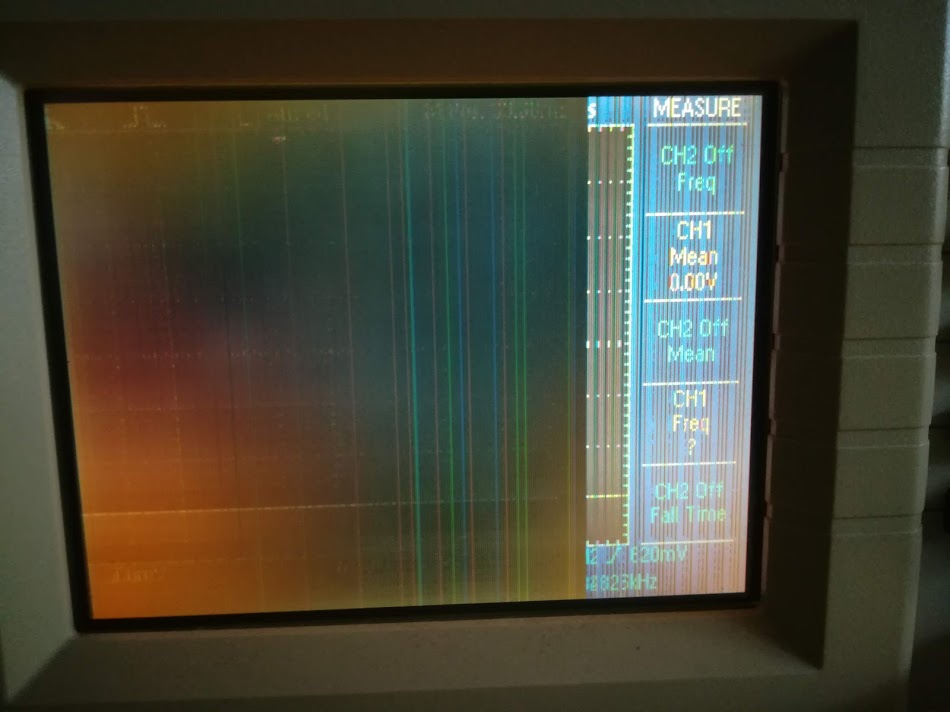 Amazon.co.jp sells Hantek, Owon and Hanmatek 100MHz DSO. 'Hanmatek' brand is like Hantek. I misunderstood it for Hantek.

I preferred Hantek than Owon comparing both specifications at first.

Enoki made an inquiry of Hantek in China, but could not get a reply.

Although Owon has resellers in Japan, Hantek has none. So Enoki selected Owon.

No heat exhaust hole on the top

Enoki set up it and powered on and found no heat exhaust holes on the top as shown Photo7.

SDS1102 can get incoming air flow, when opening foot stand.

SDS1102 displays measurements on the bottom of LCD. TDS2002 displays on the right side near the side buttons. TDS2002 is easier at a glance.

The SDS probe BNC connector side consists of 3 parts as shown in Photo9. Its fitting is loose.

All the cheaper probes adjust on the connecter end.

The signal varies when human fingers grabs the cylindrical part.

While Tektronix probes consists of 2 parts only, and adjusts on the probe end.

The SDS1102 probe wire length is shorter. The short length is welcome to handle small circuit board on desk.

The measurement rms lowers less than 2mV 0.3h later, while TDS2002 fluctuates up to approximate 18mV when just powered on. 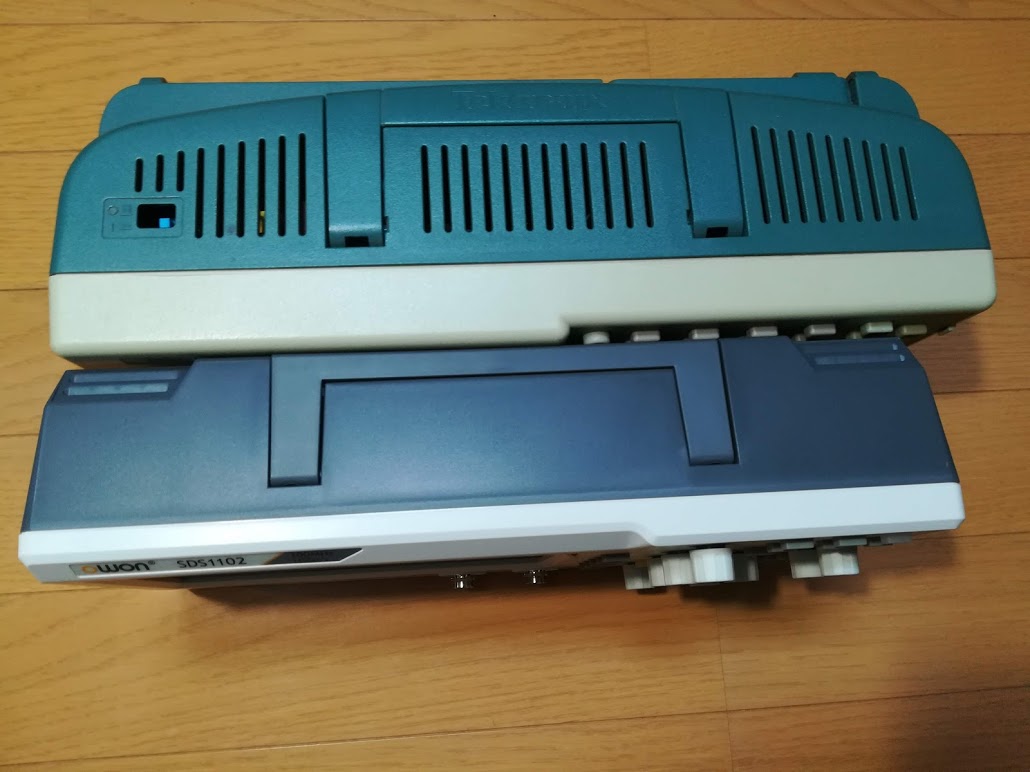 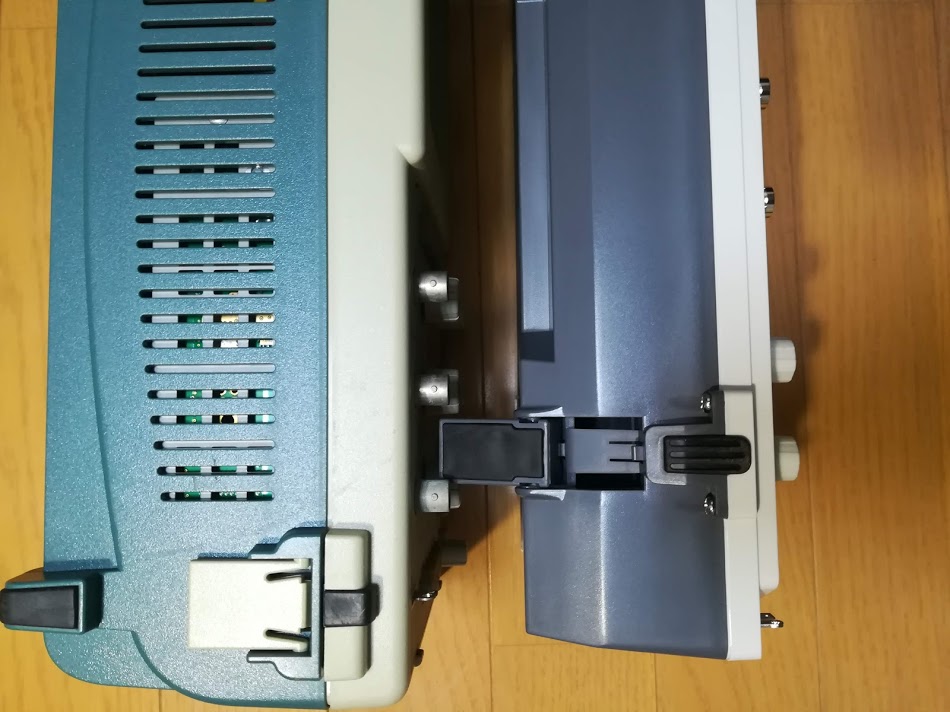 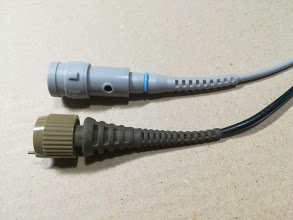 The top of SDS1102 is cooler than TDS2002, Enoki feels. It may be true. But the top enclosure panel temperature is not air flow.

With measuring air temperature in the top of enclosure of SDS1102 and recording measurement, Enoki may evaluate temperature drift or effect.

Enoki thinks that TDS2002 input circuit deteriorated with dust or the board itself deterioration. 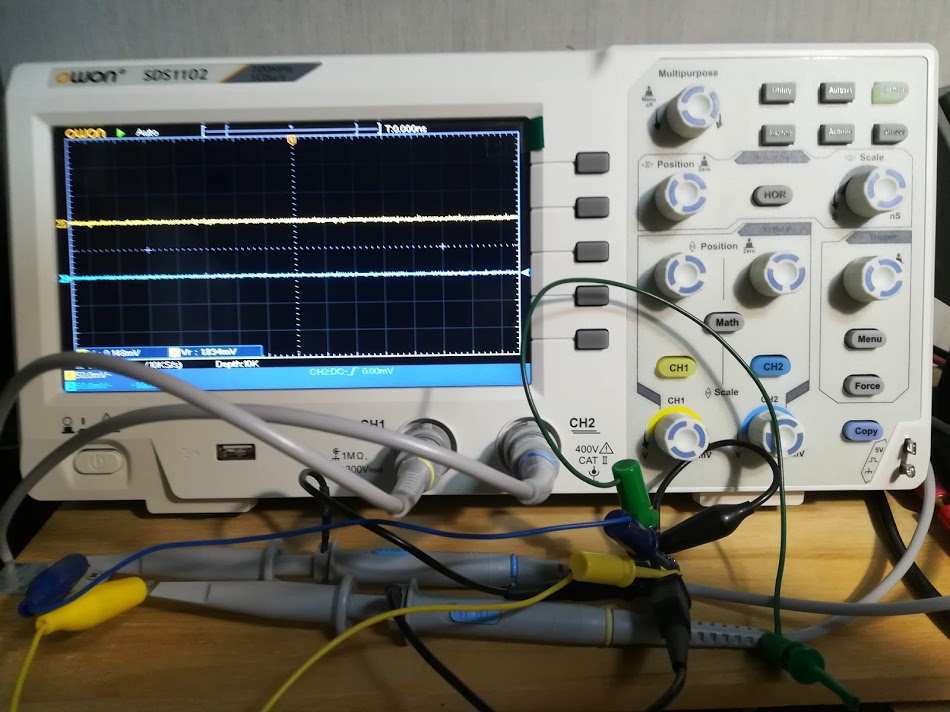