The range was over 700m. It was longer than doorbell located on 2F outdoor.

Removing the E32 receiver module on the pervious report, Enoki built it on the universal board with nRF24L01+PA+LNA as shown in Photo1. The receiver was driven up to 3V3 by step up DC-DC converter. 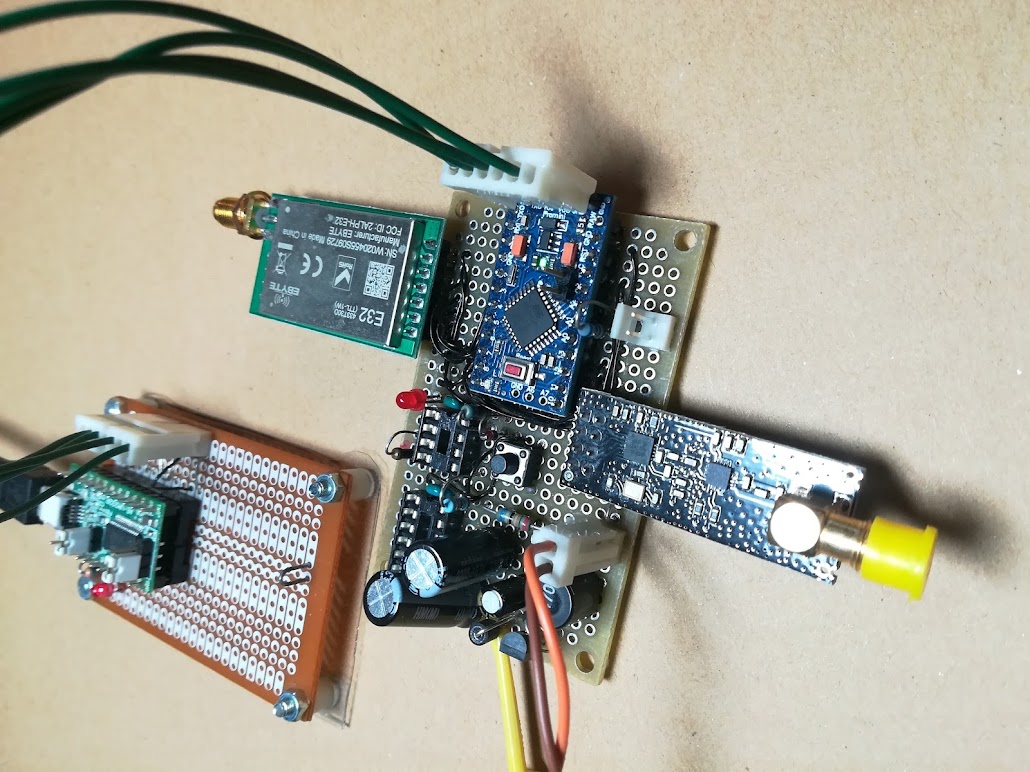 Neither receiver antenna nor transmitter
The DC-DC converter stepped up LR6 and NiMH battery in series.

When Enoki got out room with the receiver in hand, the red LED on Arduino pro mini stopped flashing. While the transmitter was on desk. 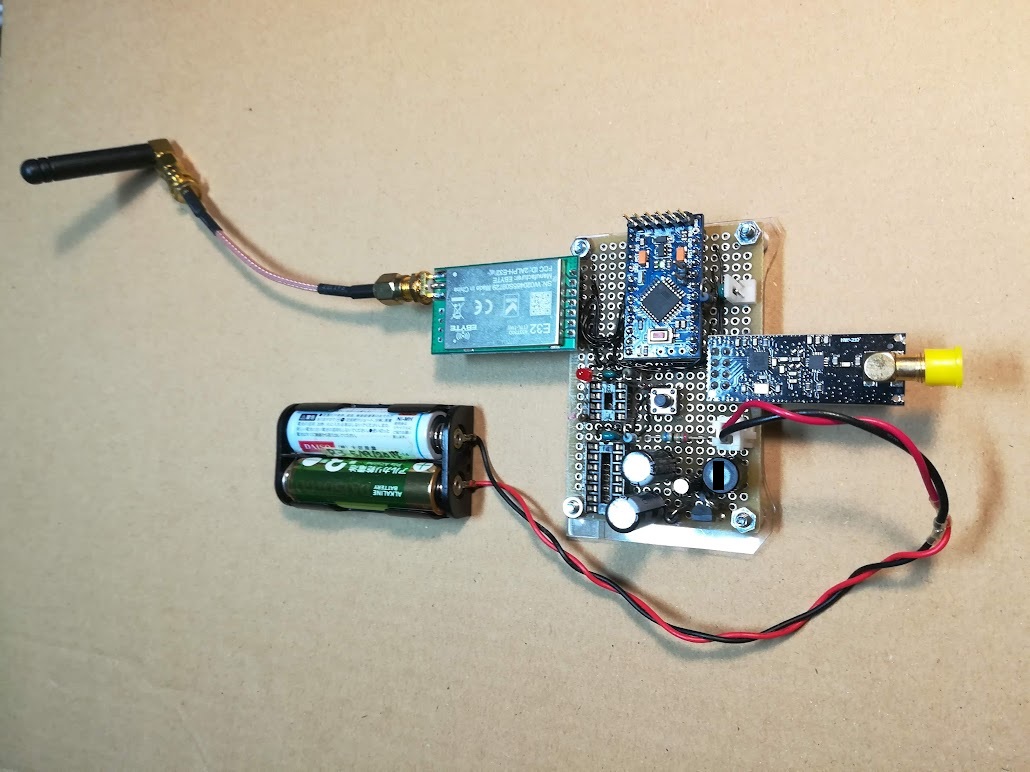 A receiver antenna and no transmitter
Enoki attached 433 MHz antenna to the receiver as shown in Photo2.

The receiver LED flashed indoor at the corner of NE and 2F. It flashed outdoor even in a shed covered with metal sheet.

It was impossible to receive in the shed for all the wireless modules that Enoki tried up to now.

The south range is longer than XBee and TWE a little bit. The east range was almost the same. 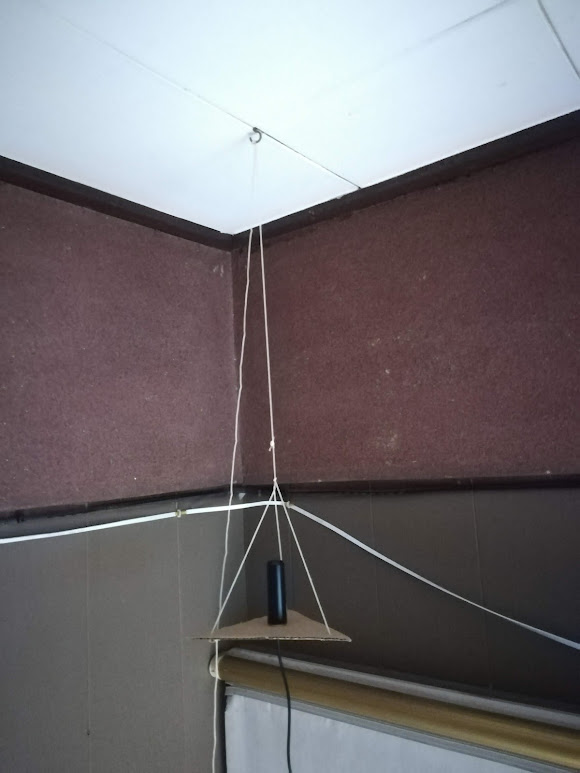 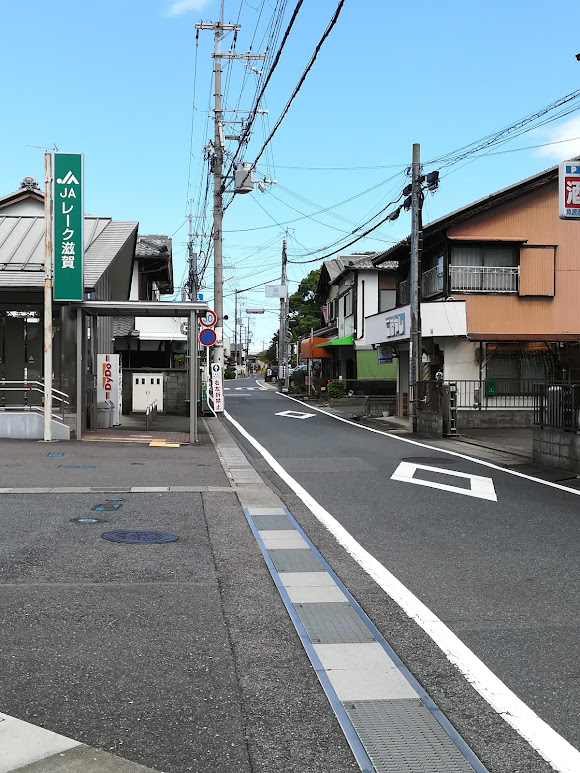 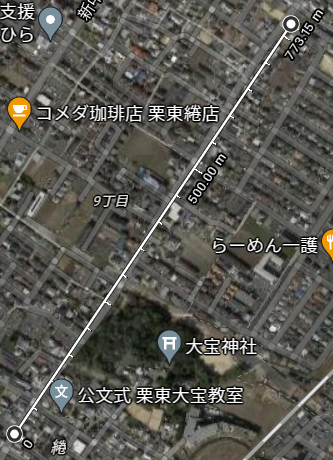 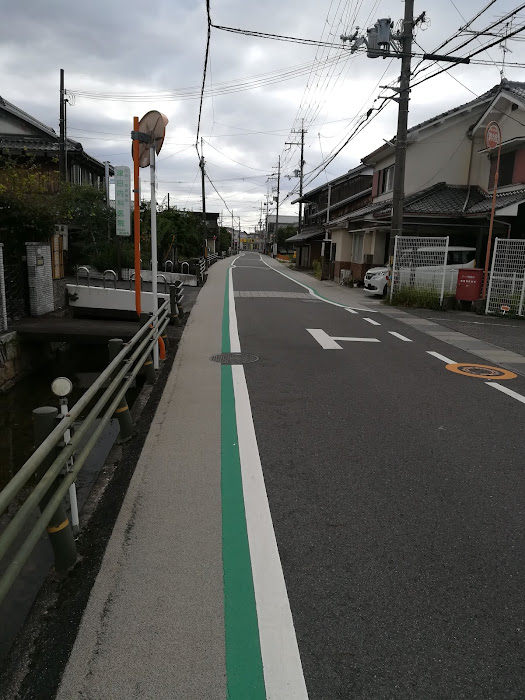 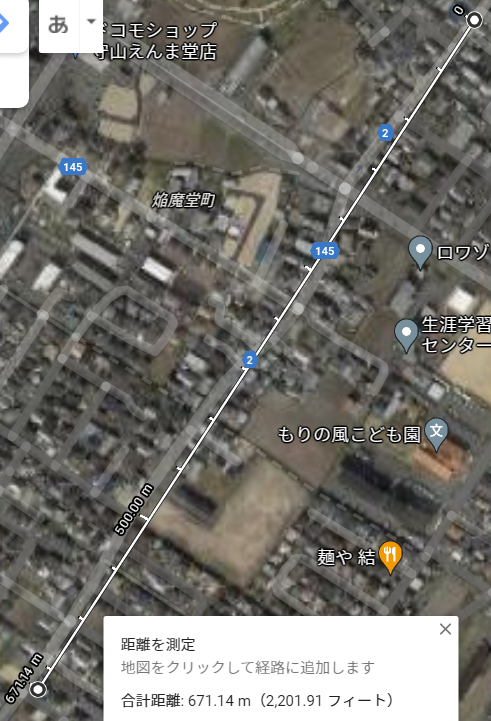 Transmitter and receiver antenna
Enoki attached an antenna to the transmitter as shown in Photo3. The antenna hung 0.2m lower than TWE Mono Stick at the same ceil.

Photo4 and Photo5 shows to Enoki.net in the south and north. The range was as shown in Figure1 and Figure2. The measurement was by Google Map.

When Enoki the receiver on ground, Flashing stopped naturally.

Battery dissipation
Enoki measured batteries voltage by DMM PC510 before and after the range tests.

The north range is longer than the south direction. Other TWE and XBee showed such results too. This is why the transmitter was located in the corner south. The house walls are covered with steel mesh under cement.

How far does Ebyte E32 reach outdoor in case of outdoor transmitter antenna? While outdoor doorbell range were less than 300m.