The range is about 20m in residential area. Elevation showed wire LQI better than planar. Although wire is worse on the road, Planar is worse in 45° direction.

Which is suitable wire or planar antenna of TWE (Tocos Wireless Engine) to propagate distance? 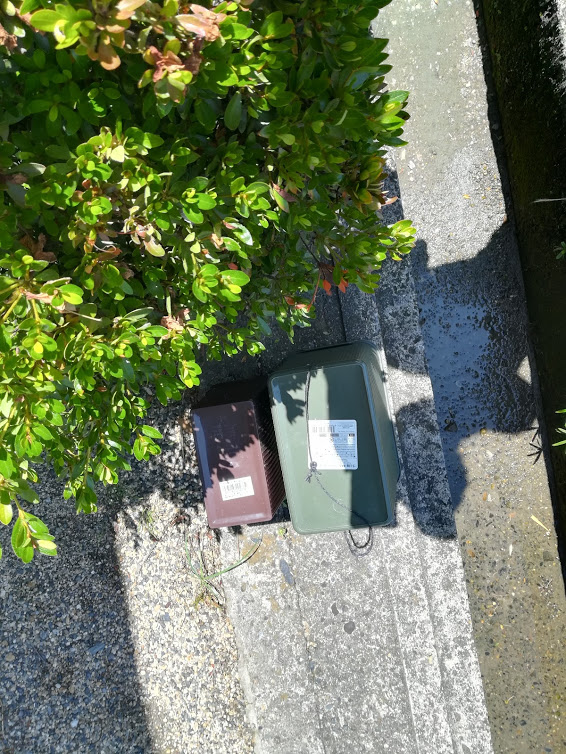 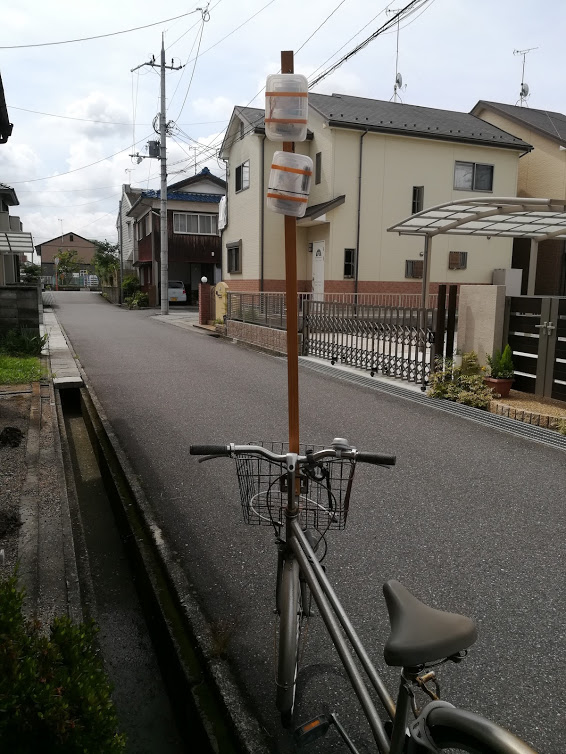 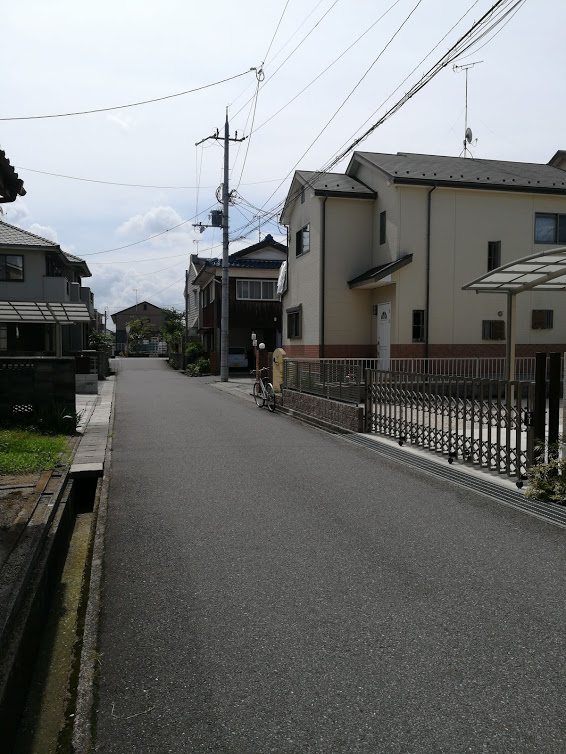 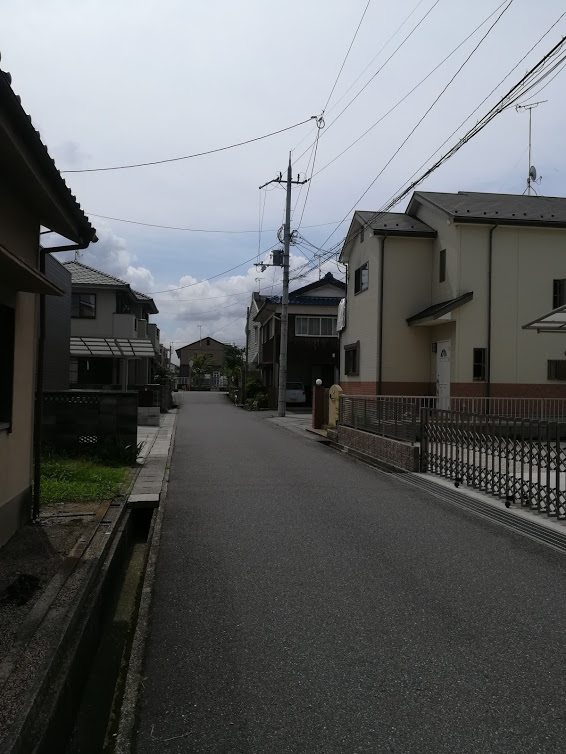 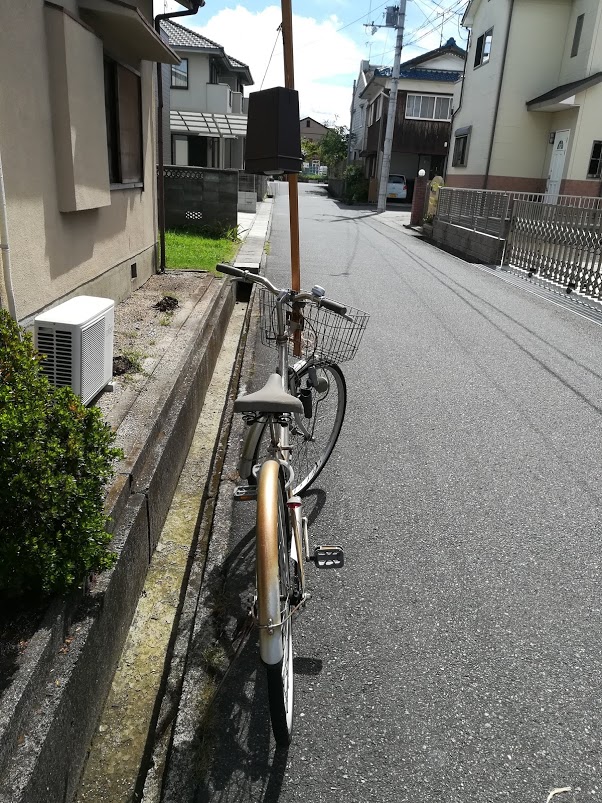 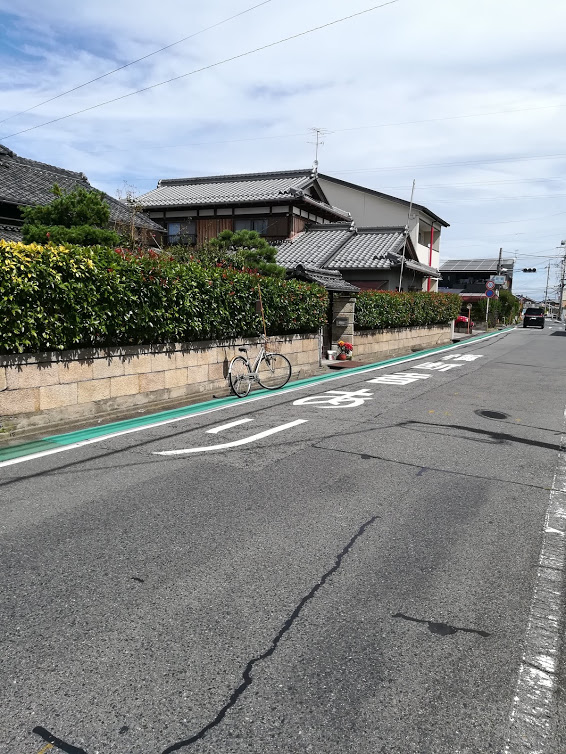 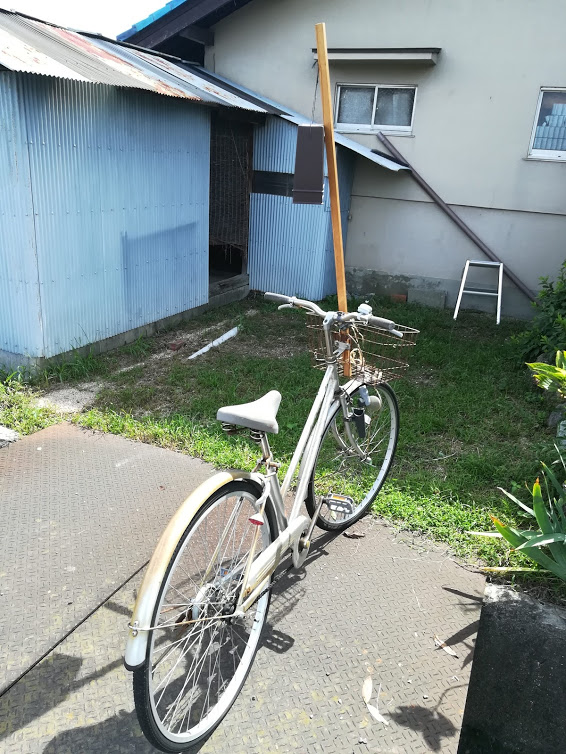 The street is corner at 67 m distance. #4 may have no sensing range between 17m and 67m. When their devices is on ground zero, #4 LQI increases. But #5 decreases. It seems that planar antenna is not good as wire antenna with regard to elevation.

When they put on the north east corner of the backyard, #4 and #5 LQI value are 36 and varying 12 to 18. We should choice wire type for usual application.

I tested simplified range test to confirm the receiver deterioration or not in September 2018. I installed #5 with double shades 1.5 m high as shown in Photo 18. LQI values has decreased a little shown in Table 4.

When I moved the test stand to the north, no signal comes at the range of 24 m. The west wall would be a kind of shield, I think. 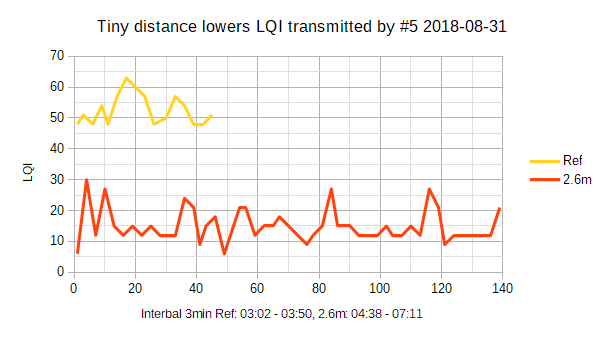 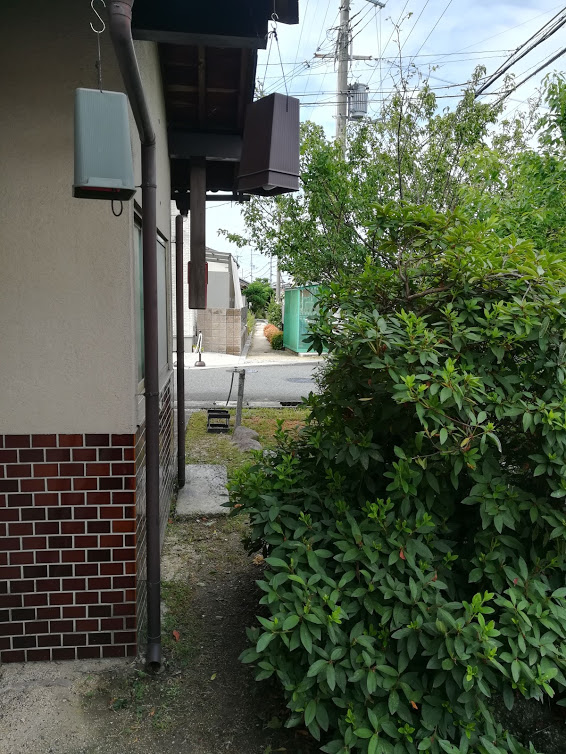 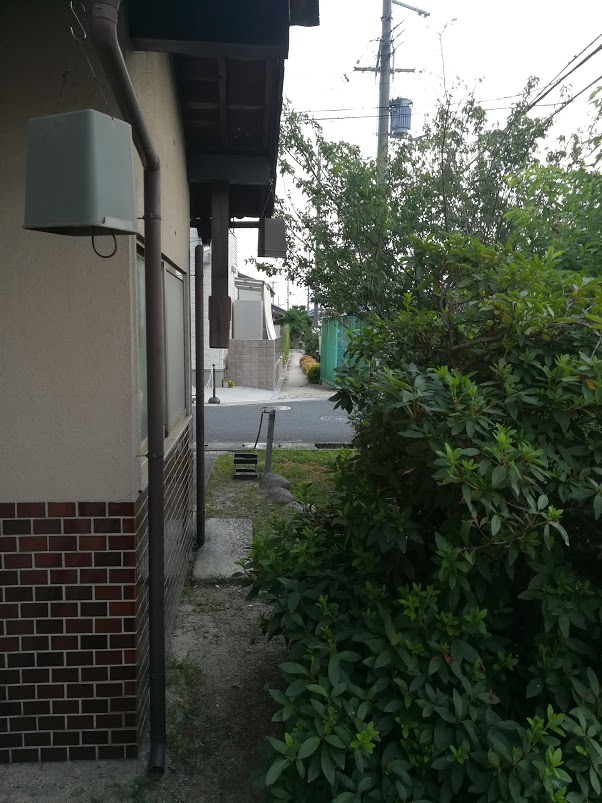 I copied and pasted the receiving data in LibreOffice Calc. The chart of "Tiny distance lowers LQI" shows the LQI difference in Figure 1. The Ref distance is less than 5m from the parent device that had shown LQI 48 at 17 m before a year. #5 decreased this time. #4 and #5 have shown about 80 less than 10m on a tree, I think. Therefore,

1) LQI decreases when a device is installed near wall or something.
2) The parent device Monostick would be deteriorated.

I think that the former possible. I had better measure LQI around my house. 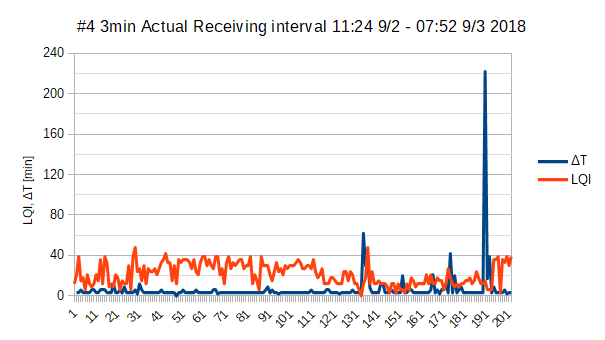 #4 is located the farthest. Slip21 receiving box shows raw message and take the log. I got the #4 actual receiving interval with LibreOffice Calc. Figure shows the result.

When the interval decreases half, it rarely actually happened 42 or 222 min. TOCOS describes that the LQI is good at 100 to 150.

#4 indicated more than 60 only, when I moved #4 to the parent's next room. The parent might be deteriorated.

I compared planar LQI with wire. Figure 3 and Figure 4 show LQI values that Slip21 records the log in the receiving box. 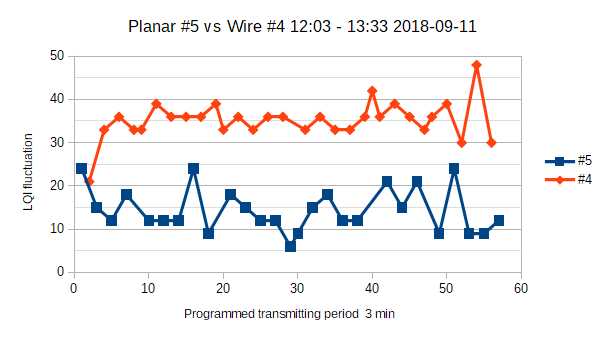 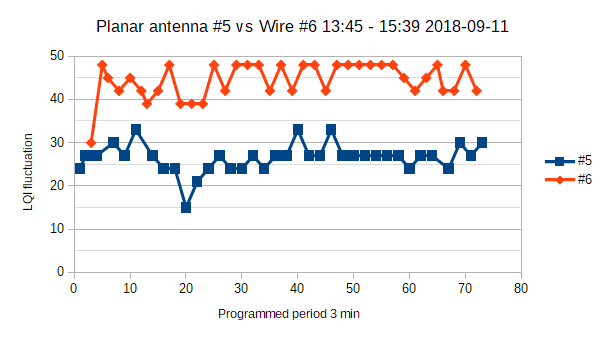 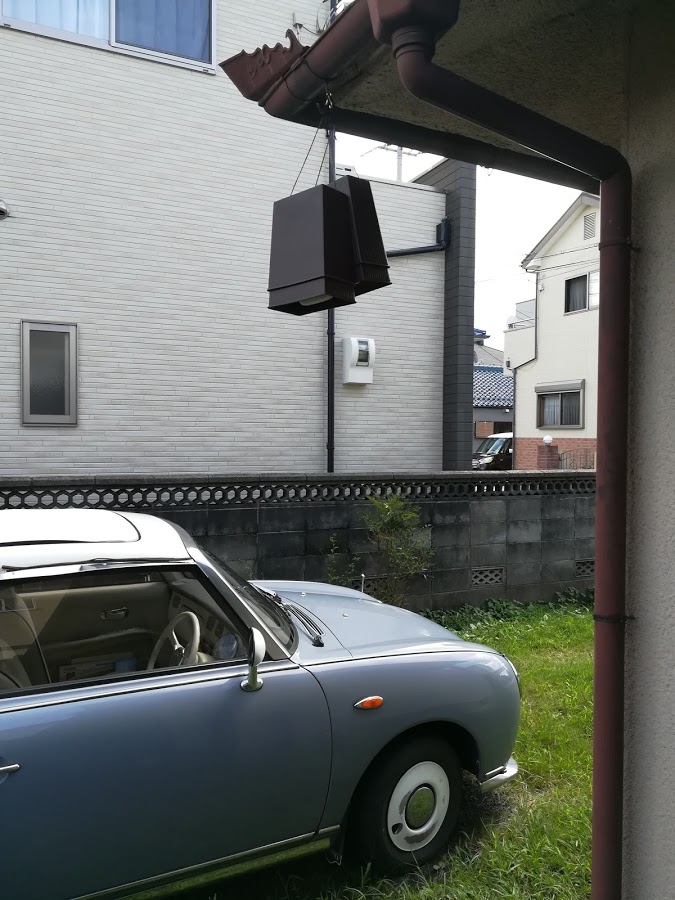 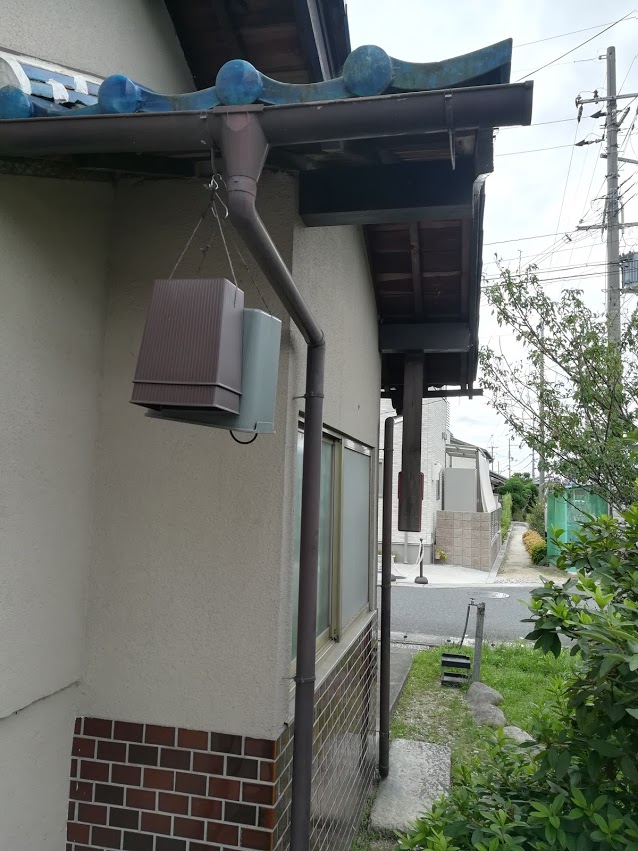 Photo 16 and 17 show that planar antenna #5 was installed with wire antenna #4 and #6. Planar LQI is worse than 15 or 20 level. Considering rain or snow effect, LQI is available more 40. You had better not choice planar antenna to use TWE near your house wall.

LQI showed 81 at the entrance of the kitchen and 80 at the north window of the kitchen. the outside of the window was unavailable at all. LQI 84 showed on floor in my room. Off 1.5m high LQI increased to 132 because of elevation. Monowireless insists that LQI 100 is to be stable, but the range is less than 4 m.

You had better check my another report "TWE-Lite radio wave intensity comparison". 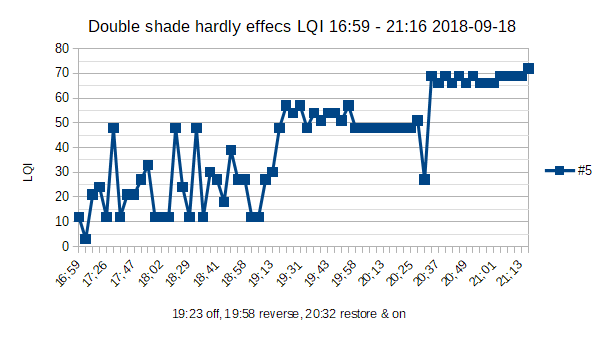 When I recapped, LQI value increased. #5 would stay in still without rotation. The wind would blow a little before the test. 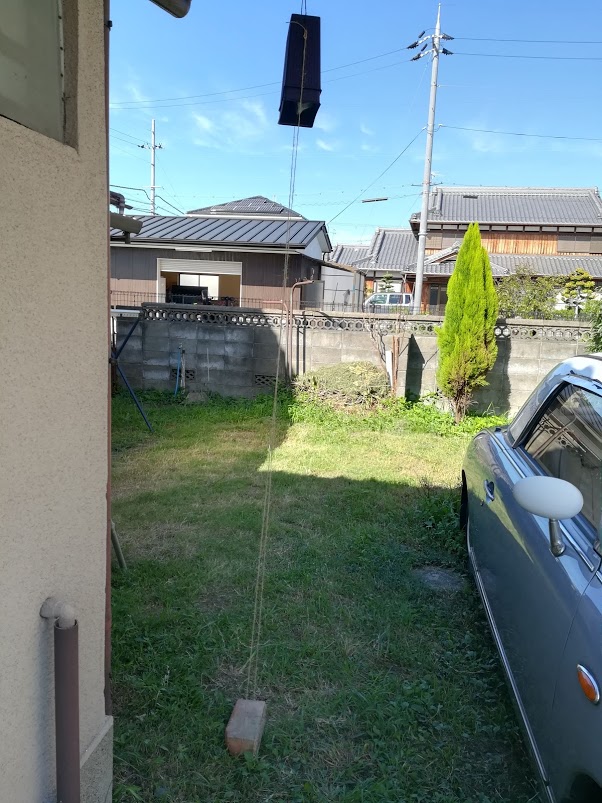 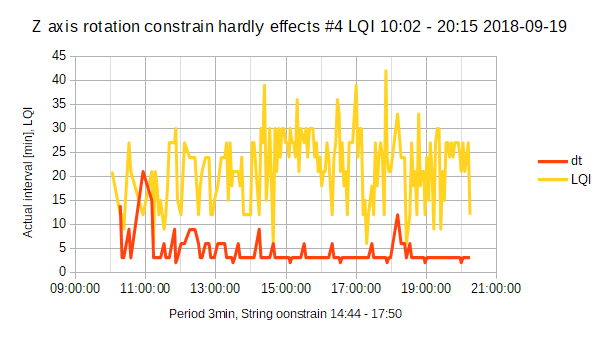 When I recapped, LQI value increased strangely. #5 would stay in still without rotation. The wind would blow a little before the test.