Enoki tried the Ebyte E32 for transmitter and receiver on the same breadboard. Enoki confirmed the signals by DSO and serial monitor.

Enoki chose UART interface that is easy to test and assemble on an universal board, and 433 MHz because range decreases proportional to frequency.[1]

How to buy
The direct shopping is expensive compared with AliExpress a little. But AliExpress circulates a lot of false goods. And so Enoki bought a E32-433T20D at first. 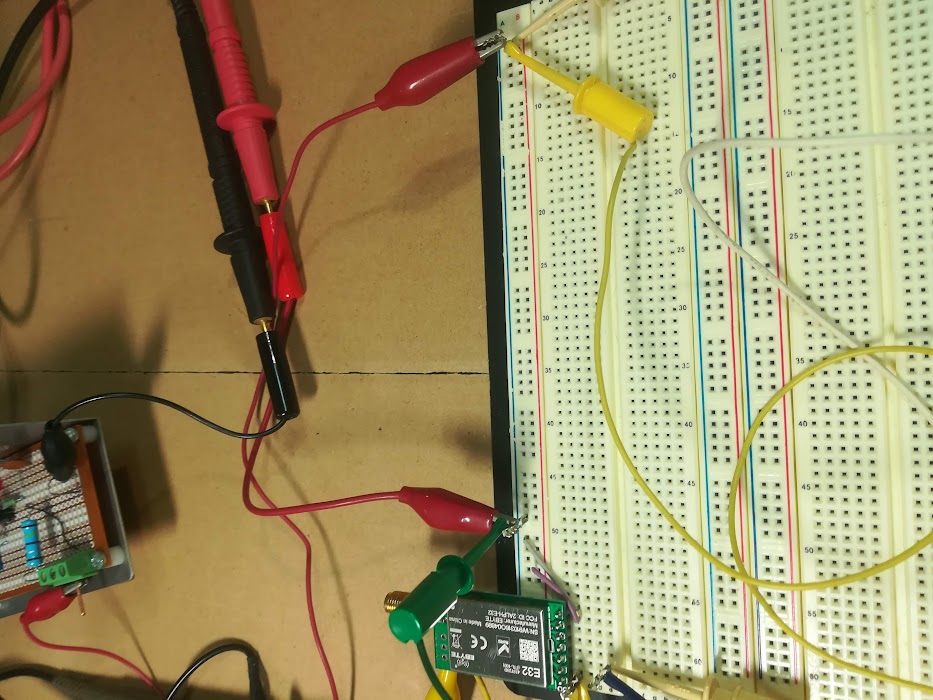 Try breadboard
When Enoki used a breadboard a long time ago, Enoki has felt the breadboard liability was not good since then.

Enoki wired XBee, TWE, nRF24L01+ and other wireless modules on universal boards by soldering up to now.

Enoki prepared a pin wire set on 2020-09-27 as shown in Photo2, and began wiring on the breadboard this time. 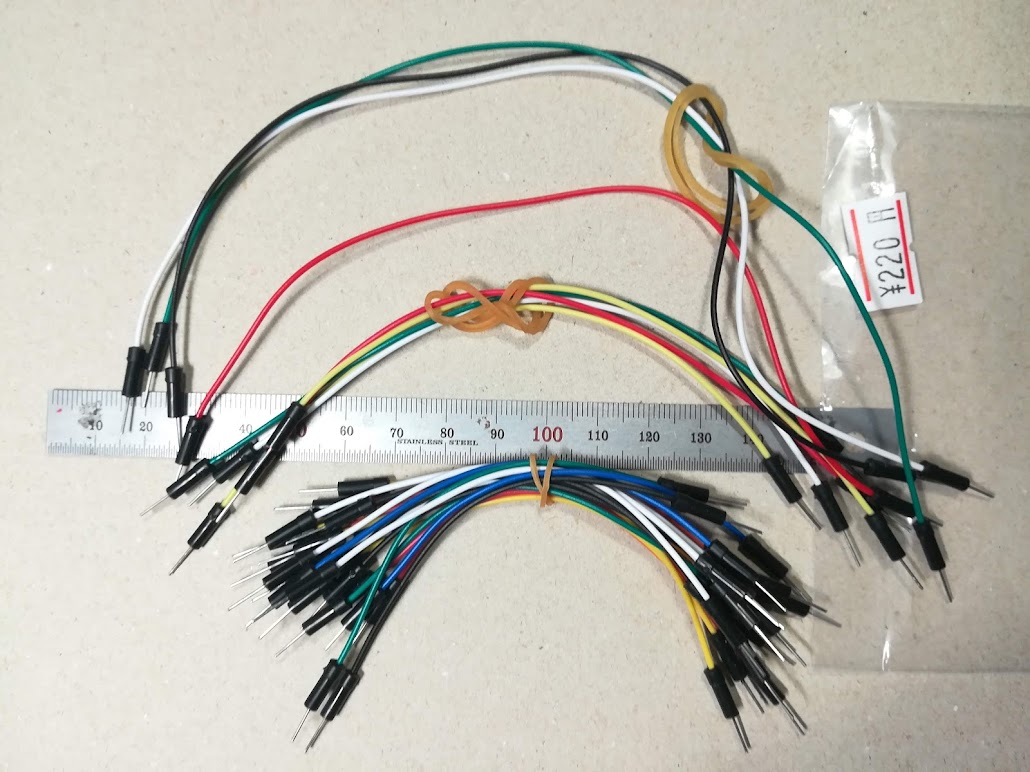 And so Enoki supplied with 5V for transmitter and 3V3 for receiver through 3V3 and 2 Arduino pro mini.

Arduino uses DTR signal to write. Although Akizuki one has DTR terminal, FTDI TTL-232R-3V3 has none. Enoki used RTS for DTR.

But the both connectors and header array orders are different. Enoki bought pin and receptacle black lead wires as shown in Photo1 on 2021-06-02.

Enoki assembled transmitter and receiver on the same breadboard as shown in Photo3. 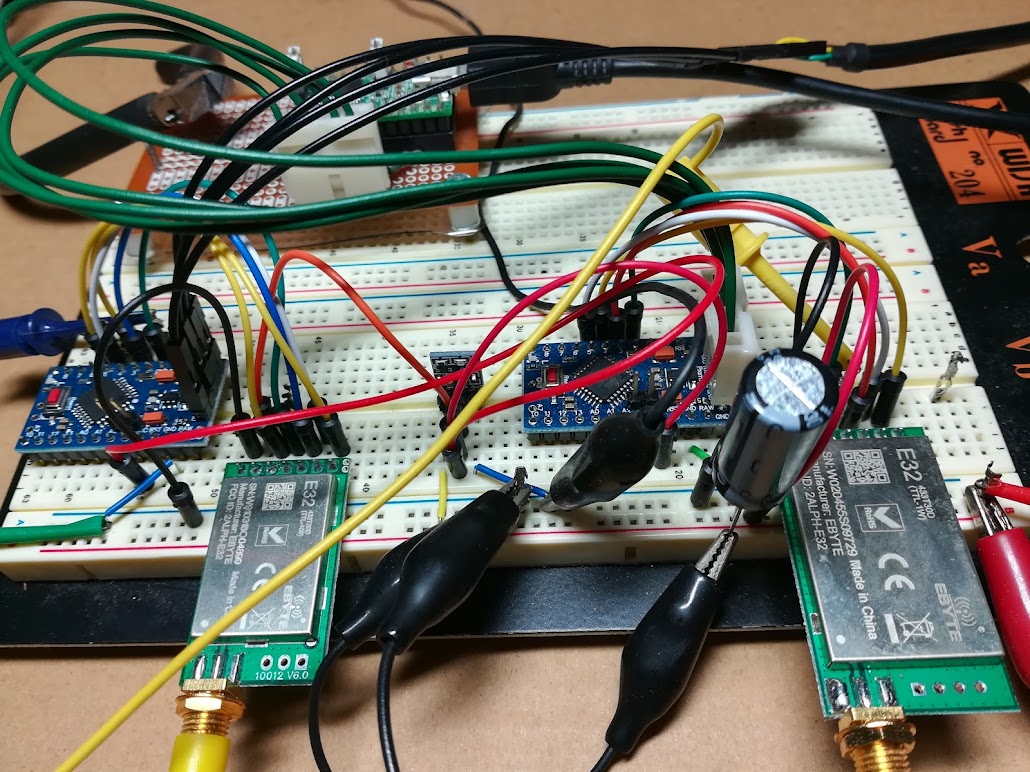 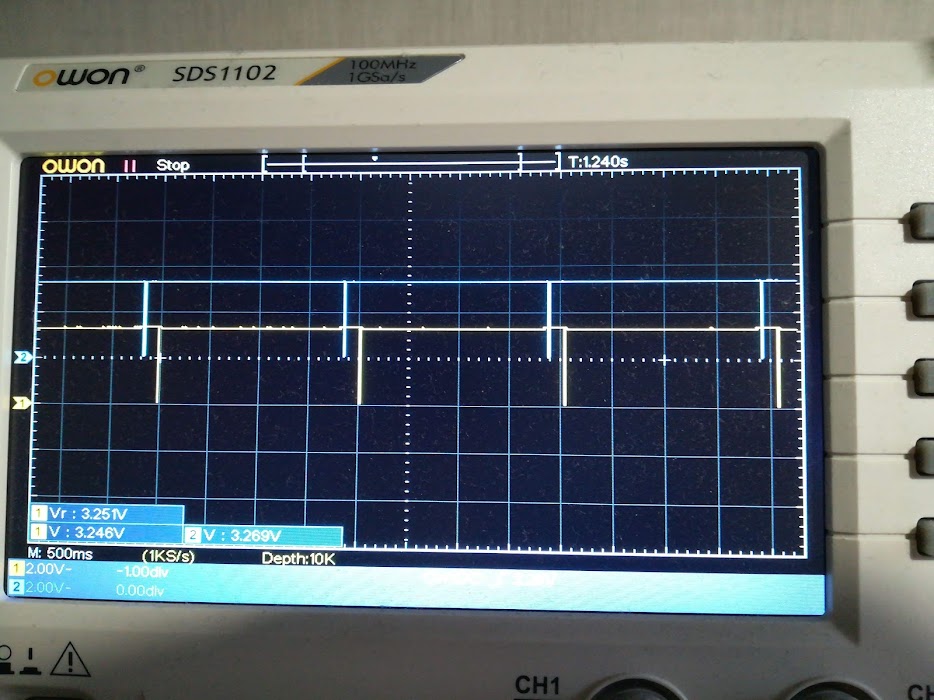 The DSO showed that the receiving signal delayed for 0.2s. Arduino Serial Monitor also showed the successive messages from the transmitter.

Enoki confirmed Ebyte LoRa transmitting and receiving signal. But it took more than a year.

Enoki doesn't know why it was too late. Enoki remembers some trouble and had better check the process and causes not to repeat mistakes.