Enoki used six Ni-MH batteries in series for a field test, and measured the batteries voltage before and after the test.

Comparing the result, Enoki has found that the individual voltage drop showed the relative deterioration among different brand batteries well.

Enoki reported Arduino UNO's working voltage and the consumption current before. The report concluded that DC-DC converter would work by two dry or Ni-MH batteries.

But if 2.5V of deteriorated Ni-MH batteries step up to 7V, they have to flow out more than 120 mA. Enoki thinks that they won't be able to afford 200 mA any more by charging current change.

So Enoki decided to drive it by six Ni-MH batteries in series. 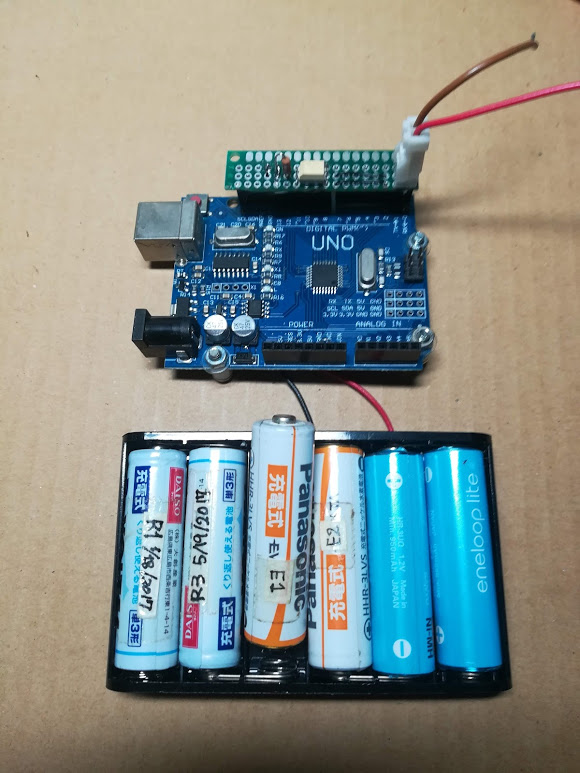 Photo1 shows UNO and the batteries in holder. Enoki soldered two leads of the holder to PWRIN jack terminal in inside of the board.

Enoki measured each battery voltage before and after the test by DMM PC510. 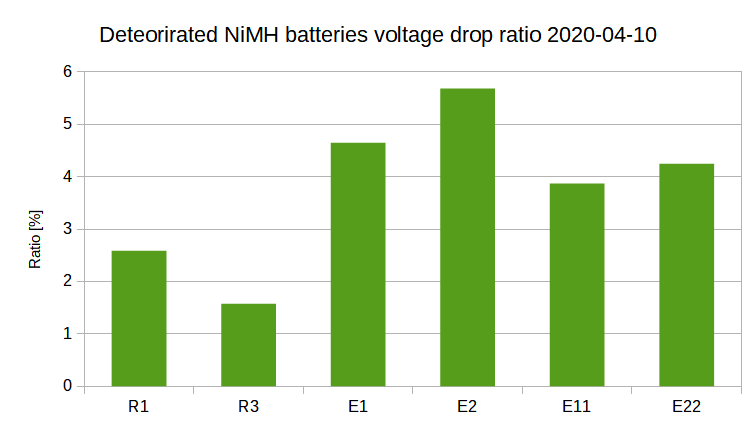 But the nominal capacity might have been meaningless because of deterioration.

Eneloop ones are the oldest. Although Evolta are newer than Eneloop, Evolta have dropped than Eneloop this time.

If you don't know which one to pick up and dispose among them, connect a load in series holder. They will dissipate power and drop some voltage.

You will find deteriorated in order, as the load current is the same among them.

Passive resistor is as usual for current dissipated loader. But power resistor is big and more expensive than common ones.

With active loader by transistor, you will adjust dissipated current easily.